Researchers at the University of Nebraska have recently uncovered a link between menopause and a larger decline in physical functionality in women who have been diagnosed with rheumatoid arthritis.

What the Study Uncovered Regarding Rheumatoid Arthritis and Menopause 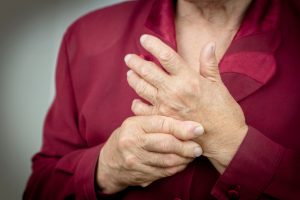 After controlling for other variables in the study participants’ health backgrounds that could also contribute to functional decline, the University of Nebraska researchers found that the premenopausal women in the study experienced markedly less decline in physical function as compared to postmenopausal women. Furthermore, the study revealed that women who had used hormone replacement therapy, been pregnant and had longer reproductive lives generally experienced less decline in function.

The findings of the University of Nebraska study support past studies that have shown that hormonal and reproductive events can influence functional decline in women with rheumatoid arthritis. For example, past research has revealed that pregnancy reduces the symptoms of rheumatoid arthritis, but the postpartum period following pregnancy is associated with increased development of the disease and decline in function.

Researchers were careful to note that the exact reasons why menopause leads to greater loss of physical function in women with rheumatoid arthritis were not made clear by their study, and the lead scientist indicated that further research is necessary to understand the best ways to maintain function following menopause for women with rheumatoid arthritis.

If you are experiencing a decline in your physical function and have been diagnosed with rheumatoid arthritis, the orthopedic doctors at Southeast Orthopedic Specialists may be able to help. Our regenerative medicine practice includes therapies such as stem cell injections that can help restore function.

Southeast Orthopedic Specialists has continued to monitor the COVID-19 crisis and has made significant adjustments to our clinical activities to minimize the potential of exposure to both patients and providers.  In each of our clinics the check-in areas, waiting rooms...