Recent news headlines and the release of the Hollywood film “Concussion” have many people worried about the effects of sports-related head injuries on health. Understanding the scope of the problem and potential consequences of concussions can help you make educated decisions about participation in sports. 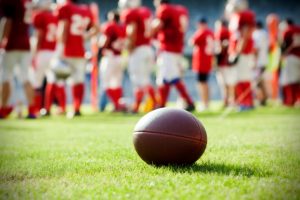 What Is a Concussion?

A concussion is a type of traumatic brain injury that occurs following a bump or blow to the head. Inside the head, the brain is bathed in fluid that cushions it from injury. This fluid provides enough cushioning to protect the brain from everyday movements. When the head is hit, however, the sensitive brain tissue hits the hard interior of the scalp. This can damage brain cells and may shear long-distance connections between brain areas.

The Scope of the Sports Concussion Issue

Nearly any sport carries some risk of concussion. However, football, hockey and soccer have received considerable attention for their higher risk of head injuries. The Centers for Disease Control and Prevention report that the number of concussions has doubled in the past 10 years. This may be in a large part to increased awareness of concussion risk, causing parents and coaches to take greater steps to report concussions.

In 2012, an estimated 3.8 million concussions occurred in the United States. Nearly one in three of these events occur during sports practice. In total, 20 percent of high school athletes will receive a sports concussion at some point during the season. Football remains the largest source of sports concussions among young athletes.

Researchers are still working to determine the long-term effects of concussions on health. In the acute post-concussion phase, people may experience confusion or disorientation.

For most people, symptoms of concussion resolve within one to six weeks. For others, however, certain symptoms linger for a longer period of time. This so-called “post-concussion syndrome” may lead to physical and emotional challenges. Post-concussion syndrome is characterized by headaches, dizziness or balance problems, difficulty concentrating, trouble completing tasks and irritability. People with this syndrome often will say, “I just don’t feel like myself.”

What to Do in Case of Concussion

In addition to brain injury, concussions may co-occur with other physical health problems. For instance, a blow to the head may also cause issues in the back, neck, skull, and spine. This makes it important to receive medical care from orthopedic specialists following a head injury, even if you think nothing is wrong. Your Jacksonville orthopedic specialist can work with your care team to accurately diagnose and treat post-concussive symptoms.